Print Your Own Pipe Markers

Pressurized anhydrous ammonia is used as a commercial refrigerant due to its ability to absorb substantial amounts of heat from its surroundings. Industrial settings that use it, including food and beverage processing, cold storage and meatpacking, must adhere to ammonia pipe labeling requirements. Below, we'll break down the standards and requirements, including the ammonia piping color code, lettering and placement set forth by ANSI/ASME, in addition to the International Institute of Ammonia Refrigeration's IIAR Bulletin 114. Before you dig in to the standards, however, it’s important to understand the dangers of ammonia and the importance of pipe labeling this potentially hazardous chemical.

Uncontrolled releases of anhydrous ammonia can be harmful to human health, corrosive and explosive when not properly maintained or controlled. Anhydrous ammonia carries a health hazard designation of 3 on the NFPA fire diamond, with threats including:

The EPA has documented a number of accidents, including a meat-packing plant where a refrigeration line ruptured. Eight workers were critically injured, suffering respiratory burns from ammonia inhalation.[1] 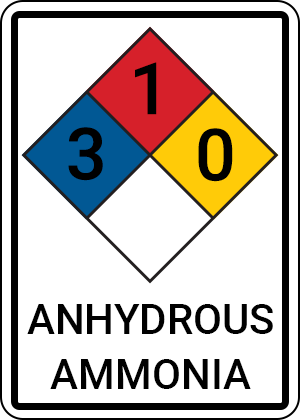 The importance of ammonia pipe labeling

When workers and emergency response personnel follow ammonia pipe labeling standards, it helps effectively identify the pipe and follow where it’s going, especially to valve shutoffs in order to stem further release. Pipes that adhere to IIAR pipe marking standards can also be used in safety training for current and new employees and assist with efficiency during maintenance and servicing.

Two organizations supply documents that inform how ammonia pipes are to be labeled:

This ASME standard is a widely used guideline in determining pipe identification requirements. It indicates that “A13.1 is intended to establish a common system to assist in identification of hazardous materials conveyed in piping systems and their hazards when released in the environment.” Find additional information on ANSI pipe marking standard guidelines.

Important note: IIAR Bulletin 114 was updated in 2014 to accurately reflect safety orange as the primary recommended label color under an update to the ASME standard in 2007. Prior to that, yellow was used. However, this doesn’t mean that all markers, including those made prior to 2014, must be updated. Section 1 of ASME A13.1 states that “Existing schemes for identification shall be considered as meeting the requirements of this Standard if: (a) such schemes are described in writing; (b) employees are trained as to the operation and hazards of the piping system.”

There are 5 sections on an ammonia pipe label that follow the ammonia piping color code and other requirements.

*Not currently covered in the IIAR standard

Select from a variety of preprinted ammonia pipe markers or put the power of on-demand printing into your facility’s toolbox. 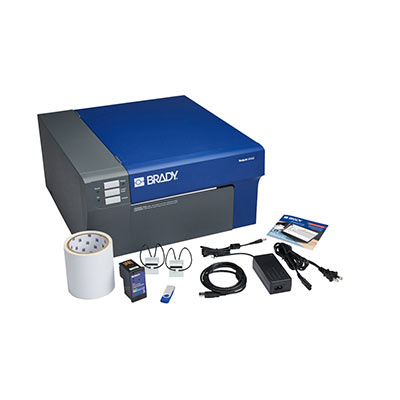 Get everything you need in one convenient package to print ammonia pipe markers plus a wide range of other safety labels and signs right on-site.

Select from markers with prepopulated text and customize them to the size and material you need to keep your facility safe and running efficiently.

Ground shipping only to contiguous United States. In Alaska or Hawaii? Please call 888-250-3082.